Showing posts from July, 2015
Show all

A Timeless Wavelength: An Interview With Alex Lifeson of Rush 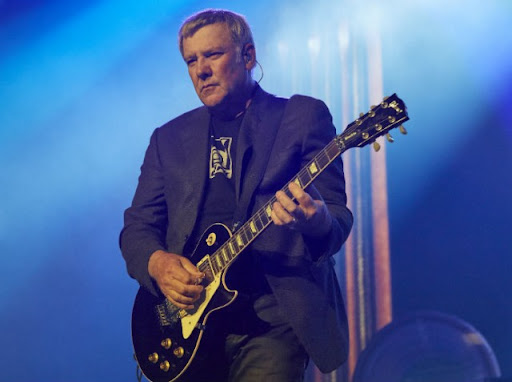 SPIN Magazine has just posted a new interview with Alex Lifeson. Titled A Timeless Wavelength: An Interview With Alex Lifeson of Rush , the interview touches upon numerous topics including Rush's current R40 Tour , the longevity of the band, and Alex's personal feelings on what's truly important in life. From the article: What’s been the primary takeaway for you from the whole Rush story? What’s taken you from being that kid in the garage back in Willowdale to what may very well be the closing chapter for Rush? I think perseverance is the key thing. I’ve come to learn that if you wanna be good at anything, you have to put in your 10,000 hours and stick with it and never give up. As difficult as it seems some times, don’t give up if it’s truly something you want to do. I spent the afternoon with one of my friends today, and he was talking about his kids, and he was talking about how they’re growing up and the conversations that he’d had with them, and how he instilled i
July 31, 2015 Post a Comment
Read more

Geddy Lee (born Gary Lee Weinrib) is celebrating his 62nd birthday today! Happy Birthday, Geddy -- and many happy returns! "Gary" was born in the small Toronto village of Willowdale. As many fans know, his given first name "Gary" transformed into "Geddy" during his high school days thanks to his mother's heavily-accented pronunciation of his name. In addition to his musical aspirations, some of Geddy's other interests include collecting fine wines and, of course, baseball. His wine collection is rumored to include some 5,000 bottles and his love of baseball is well documented. In fact back in 2013, Geddy threw out the ceremonial first pitch at the home opener for the Toronto Blue Jays - something he admittedly dreamed of doing for years. In addition to today being Geddy's birthday, it is also the 41st anniversary of when Neil Peart joined Rush - cementing the rock trio that would continue through today. Please join me in congr
July 29, 2015 4 comments
Read more

"The Deconstruction of Rush" - Production Profile from PLSN 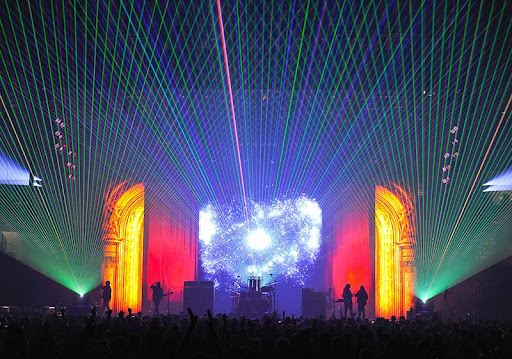 A new article focusing on the extensive light and stage show of Rush's R40 tour, titled "The Deconstruction of Rush", has just been posted in the July 2015 issue of PLSN (Production, Lights and Staging News). From the article: Rush hit the road last month for what they are calling the continuation of R40 — celebrating 40 years as a band. Parnelli award winning production designer Howard Ungerleider actually explains that he is entering his 41st year with the band, having been brought into the fray back in 1974 as he says, “to teach a new band how to tour.” But what is separating this tour from any other Rush show is they are touring behind a theme this time. They are “Deconstructing” their career live — as each song they play takes you back one more step in their long, storied career. “Subtractive Technology in Motion” …to start a show with all the high-tech visuals of their 2013 Clockwork Angels tour...Before every Rush tour, the artistic team, including creative
July 22, 2015 Post a Comment
Read more 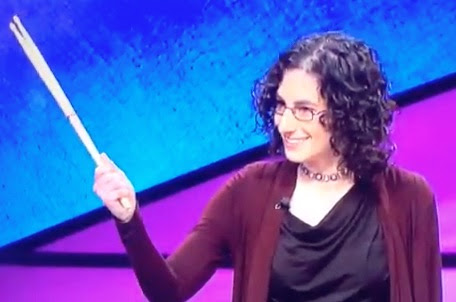 Over the years, there have been several 'Rush Sightings' on Jeopardy! , the long-running television trivia game show. Those sightings were all in the form of Rush, or a member of Rush, appearing in one of the 'answers' on the show. Last night, however, a Rush fan, Jennifer Morrow, was on the show and had a major shout-out for the band. During her chat with host Alex Trebek, she had this to say: “I was always inspired by tales of knights in shining armor who would ride into battle with a token of favor from somebody they admired,” she said. “So I thought I would do that here. I’m a huge fan of the Canadian prog-rock trio Rush. And so I went to one of their concerts a while back and from the front row I held up a banner that said, ‘May be on Jeopardy! Request token of favor to carry in thy honor’ And well apparently Neil Peart, the greatest drummer in the world, is a fan of the greatest show in the world.” Later in the episode, after revealing a 'Double Jeopardy&#
July 17, 2015 3 comments
Read more

Update: The auctions are underway. Click HERE for the auction of Neil's snare drum and click HERE for the auction of a Sabian Crash Cymbal. Rush is auctioning an autographed snare drum and cymbal to raise funds for cancer care and research. The exact replica of Neil Peart’s #R40 drumset is a limited edition snare made of 1,500-year-old Romanian River Oak salvaged from the Olt River. It is inlaid with laser-cut exotic woods and complimented with gold-plated hardware. Only 250 of the drums were ever produced. Fans can also bid on a 17-inch Paragon crash symbol from Sabain autographed by Peart, Geddy Lee and Alex Lifeson. All proceeds from the eBay.ca auction, which runs from July 18 to 27, will go to the Princess Margaret Cancer Foundation . We'll have auction links posted once they are available.
July 16, 2015 Post a Comment
Read more 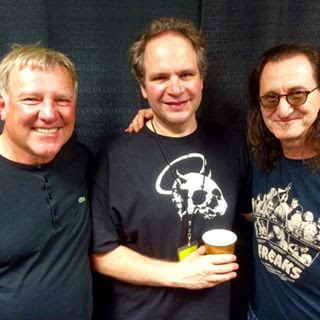 Update (07/23/2015): Eddie's podcast which includes the complete interview with Alex is now online . Eddie Trunk, one of the most respected music professionals in the world of Rock Music, flew out to Denver for the Rush concert this past weekend where he spent some time with the band before the show, interviewed Alex Lifeson for a future podcast, and penned this fantastic review of his experience. From the review: It’s important to note that like most fans of any band I certainly would not say I love every era of Rush. But I have massive respect for all of it and how they did things on their own terms and essentially built one of the biggest cult bands in music history. A cult that somehow FINALLY got the mainstream recognition in recent years with the Rolling Stone cover, HOF, etc. But if you are a true Rush fan these things are nice, but really we knew what everyone else is just discovering all along; Rush rules! And the reasons why they rule are many. Who else keeps the same
July 15, 2015 Post a Comment
Read more 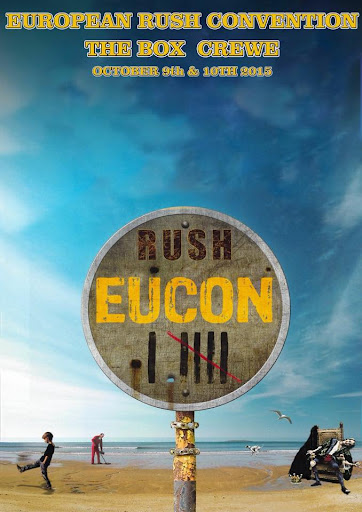 Even though Rush have yet to announce any plans to bring their R40 tour to Europe, that's not stopping fans from holding another European convention. Details for the Rush EuCon 2015 , which will take place on October 9th and 10th, have just been announced: Rush EuCon 2015 announcement The time is now again!!!! Rush EuCon 2015 will be taking place at The Box, Pedley Street in Crewe, Cheshire on Friday 9th and Saturday 10th October. This year we will be raising funds not for one charity but for three charities - The Brain Tumour Charity - www.thebraintumourcharity.org Clic Sargent - www.clicsargent.org.uk British Heart Foundation - www.bhf.org.uk Featuring - Saturday Headline - Rush tribute band COUNTERPARTS Friday - Deep Purple tribute band DEEP PURPLE IN ROCK w/support from THE JOKERS Guest speaker (TBC) Rush Fans Got Talent Rush Trivia Pub Quiz Charity Auction and Raffle Tickets for Rush EuCon 2015 are now on sale. This year we will not be sending out paper t
July 05, 2015 1 comment
Read more
More posts