Showing posts from September, 2019
Show all

A Sneak Peek into Rush: Wandering the Face of the Earth - The Official Touring History Book 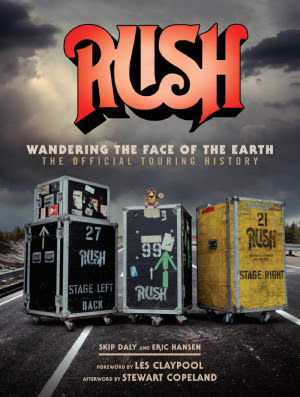 The highly anticipated release of the new Rush book Wandering the Face of the Earth: The Official Touring History is now just a month away! Last month, we brought you some exclusive content from the upcoming book including an excerpt from the foreword by Les Claypool and some pictures from Geddy Lee's own private collection. Today, thanks once again to James Faccinto of Insight Editions , we have several new sneak-peeks into the book including the official title page, a sample tour history page from A Farewell to Kings , and the opening chapter to the section on the band's tour of All The World's a Stage . You can access high-resolution samples of each page via the thumbnail images below. There's also an expanded description of the book that was posted at Insight Editions : Fondly known as the Holy Triumvirate, Rush is one of the greatest bands in rock-and-roll history. From humble beginnings as a Toronto-area band playing middle school gymnasiums, churches, an
September 29, 2019 Post a Comment
Read more

While Geddy is obviously known for his extensive collection of bass guitars, he's also put together an impressive collection of electric guitars as well over the years. Six of those guitars from his private collection will be hitting the auction block at Mecum Auctions in Las Vegas beginning on October 10th. From the auction listing: Geddy Lee of the celebrated Canadian rock trio Rush has spent the past few years delving deep into the rich history of the instrument that defined his 40-plus year career as one of rock history’s most talented bassists. His focused efforts led him not only to build a world-class, investment-grade collection of ultra-rare and desirable vintage and antique guitars, but also to create a book that takes an in-depth look into the amazing evolution of what Lee, the collector, has come to view as a work of art in its own right. With his book now a complete and published piece and his private collection of guitars nearing 300 in total, Lee said he feels
September 24, 2019 Post a Comment
Read more 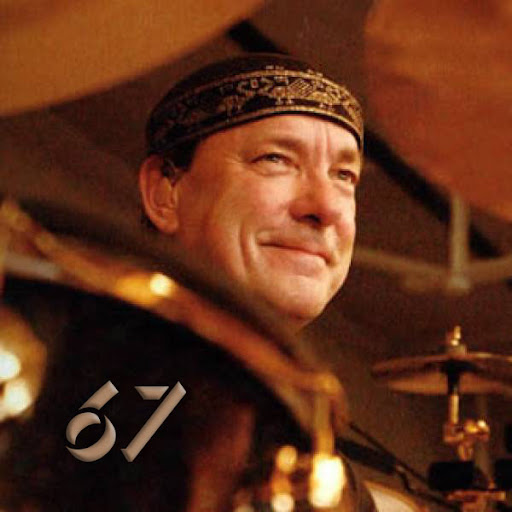 Today marks the 67th birthday of Rush drummer and lyricist extraordinaire Neil Peart. Neil (born Neil Ellwood Peart) came into the world on September 12th in 1952 Hamilton, Ontario. He grew up in Port Dalhousie, Ontario, Canada (now part of St. Catharines) working the occasional odd job including the role of a Parts Manager for his father Tractor Supply company. His true ambition, however, was to become a professional musician. During adolescence, he floated from regional band to regional band and dropped out of high school to pursue a career as a full-time drummer. He had a short stint with J.R. Flood back in 1970, before he decided to move abroad to further his musical studies. However, after a discouraging stint in England, Peart returned home where he joined a local Toronto band called Rush in the summer of 1974. And the rest, as they say, is history. A special treat to help celebrate Neil's 67th birthday is this rare picture of him from 1969 at Brock University in
September 12, 2019 Post a Comment
Read more 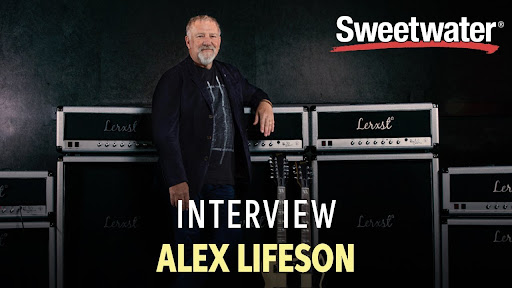 Sweetwater Sound's Mitch Gallagher recently sat down with Alex Lifeson to discuss the release of the new Lerxst Omega Signature 50-Watt Amplifier . The lengthy video interview, which can be viewed below or directly at this LINK , touches upon numerous topics including Alex's growing list of side-projects he's been involved with since Rush ceased touring back in 2015, as well as his thoughts on guitar tone. Alex also discusses how he commissioned the amp gurus at Mojotone to build him the tour-worthy re-creation of the legendary, 50-watt amp head. This Lerxst Omega has been hand-signed by Alex himself and includes a custom serial number plate and certificate of authenticity - and you can only get these autographed versions at Sweetwater . There's only 100 of these available, and they won't last long, so order yours today.
September 10, 2019 Post a Comment
Read more 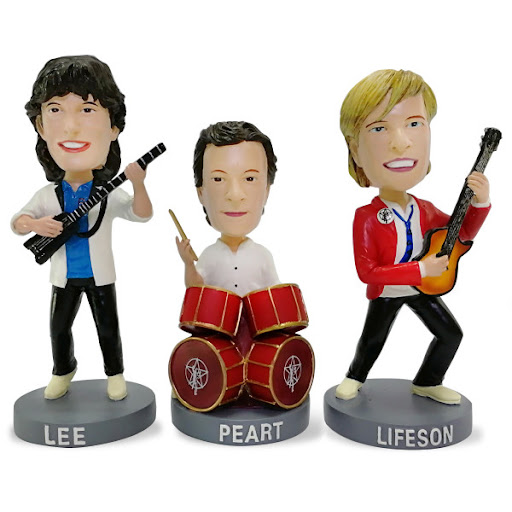 Several years ago, a set of hand-painted Rush Bobblehead Dolls were released, featuring Geddy, Alex, and Neil donned in their flowing robes of the 1970s. Now, the Rush Backstage Club has announced the upcoming release of a new set of Bobblehead dolls - this time featuring the band as they appeared in the 1980s. From the announcement: Who can forget the 80’s? The decade that spawned albums such as Moving Pictures, Signals, and Power Windows, certainly deserves its own set of Rush bobbleheads. Remember Alex’s leather pants? How about the clean-cut hair on Neil! How about Ged’s Steinberger!! This set of three polyresin ceramic dolls stand approximately 7” high, and come packaged in a custom box for all of you collectors. Clear some space on the shelf! Selling for $59.99, pre-order quantities are limited. Order now to secure your bobbleheads for the holidays! You can also still pick up the 1970s version of the dolls via Amazon.Com .
September 10, 2019 Post a Comment
Read more
More posts