Update: The complete, unedited video interview is now online at this LINK while the full radio episode can be accessed HERE. For more information, please click HERE.Neil Peart was recently interviewed by George Stroumboulopoulos regarding the release of Neil's latest book Far and Near: On Days Like These. The interview will air this Sunday evening, November 9th on CBC Radio 2's The Strombo Show with George Stroumboulopoulos. From the press release:

"One likes to believe in the freedom of music..."

The Strombo Show will run the gamut this Sunday night, keeping the spirit of radio alive by delivering the best records in the best order.

We'll be ranging over three hours of commercial-free music to honour both old and new. George Stroumboulopoulos will be joined by Neil Peart, drummer and lyricist of the legendary band RUSH, for a rare and intimate conversation from George's home.

Aside from being one third of the holy trinity, Peart is a celebrated author and he recently released his seventh title: 'Far And Near: On Days Like These'. With George, they'll explore his open road journeys and reflect on forty years of Rush.

Here's a partial transcription of the interview where Neil discusses how Rush have never given up on a song:

NEIL: An example of the Rush way of doing things - we've never given up on a song, we do not have a single unreleased song in the world.

NEIL:No, never - because if we went far enough and if we believed in it, we kept working on it. A lot of stuff got thrown away before it got that far or syphoned into other songs. I call my lyrical file the "scrap pot" and I'll go when I'm looking for bits and pieces and musically, we're the same - if things not happening, we'll throw it away. There's one song on 'Clockwork Angels' that was 'Wish Them Well' - three times we wrote that song and threw it away and it was the third version, finally, that pleased us all. All the way along, it took that. The will was only fed by the inspiration; do we believe in this song, but inevitably when you get to the recording stage and the mixing stage, it might not be what you'd envisioned. So we all have those certain songs that, oh I believed in that song and I thought it'd be more.

A video preview of the interview is available at this LINK or via the viewer below:There's also a small photo gallery from the interview available. Click on any of the thumbnail images below to enlarge the photo:

Thanks to Colton Eddy - Producer & Researcher, CBC-Radio 2: The Strombo Show for the news and photos!

It was back in February of 2017 when we first announced the new book From Cradle to Stage: Stories from the Mothers Who Rocked and Raised Rock Stars . Written by Virginia Hanlon Grohl, mother of Foo Fighters' front-man Dave Grohl, the book featured a chapter on Geddy Lee and his mother, Mary Weinrib. Word has now come from the streaming service Paramount+ that the book has spawned a new docu-series which is to be co-hosted by Dave and Virginia Grohl. A trailer for the series has just been released (see below or click HERE ). According to details from Paramount+, the first episode is scheduled to air on May 6 and will feature Imagine Dragons frontman Dan Reynolds and his mother Christine. The episode featuring Geddy and his mom is set to air on June 10th. Other featured rock stars and their moms include Pharrell and Dr. Carolyn Williams on May 13, Miranda and Bev Lambert on May 20, Brandi and Teresa Carlile on May 27, and Tom and Mary Morello on June 3. For tho
Read more 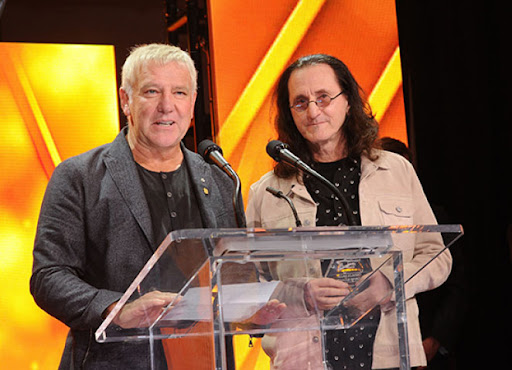 The Canadian Academy of Recording Arts and Sciences (CARAS) announced today that 15-time JUNO Award-winning band and Canadian Music Hall of Fame inductees, The Tragically Hip, will perform with singer-songwriter, Feist during The 50th Annual JUNO Awards. The performance from Toronto will be broadcast on Sunday, June 6, 2021 airing nationwide at 8 p.m. ET/5 p.m. PT on CBC TV, CBC Gem, CBC Radio One, CBC Music and streaming globally on CBCmusic.ca/junos . The Tragically Hip are also set to receive the 2021 Humanitarian Award Presented by Music Canada, which will be presented to them by Canadian Music Hall of Fame inductees and rock icons, Geddy Lee and Alex Lifeson of Rush. The Humanitarian Award recognizes outstanding Canadian artists or industry leaders whose humanitarian contributions have positively enhanced the social fabric of Canada and beyond. The band’s philanthropic pursuits have left a lasting impact on the lives of many across the globe through their help in raising a
Read more 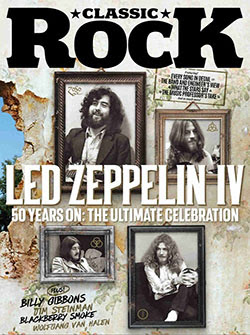 Geddy Lee recently talked to Classic Rock magazine about the impact Led Zeppelin had on Rush in their earliest days. In the interview, which appears in the magazine's July 2021 issue, Geddy recalls the first time he, Alex, and John Rutsey attended a Zeppelin concert: "That wasn't the first time I saw them, that was August 18, 1969. They were doing two shows. We were at the first show. I went with John Rutsey and Alex [Lifeson). It was general admission. We lined up for hours. We got in and we sat in the second row. And I swear they didn't walk out on stage-they floated out. They literally brought the house down, because by the end of the night there was plaster falling from the ceiling. Geddy also recalled when a call from Robert Plant helped them through one of Rush's darker periods: "I remember when Page & Plant were touring Walking Into Clarksdale and they came to Toronto. Someone kept calling our office saying they were Robert Plant and they need
Read more 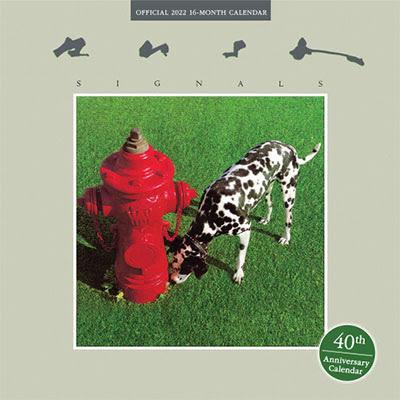 With 2022 marking the 40th Anniversary of the release of Rush's platinum-selling album Signals , it should come as no surprise that the band's official 2022 Wall Calendar will features images from that era of the band's history. As with past Rush calendars , the 2022 edition will feature a four-month (September-December) 2021 planner page, gorgeous color photos of the band, and more. From the official listing: Rush, a legend among the greatest bands, has left an indelible mark after decades of recording albums and touring the world. These Rock and Roll Hall of Fame inductees still boast some of the most loyal fans in the world! 2022 marks the 40th anniversary of Rush’s landmark album, Signals. This official 16-month calendar features images highlighting the Signals album and tour cycle, with the complete 1982 tour dates, some never before seen photos, and other notable events from that year! Photography- Enjoy stunning, full-color photographs every single month Durable
Read more

Update (09/10/2012): As expected, Rush made a few changes to the set list last night in their second concert on the Clockwork Angels tour. To see the changes, which apparently will alternate back and forth for each show, click HERE . Update (09/09/2012): My photo album from the show, which includes over 400 pictures from the 3rd row, is now online. Check it out HERE . Update (11:45pm EST): Well, the concert is over and it was fantastic. I hope everyone enjoyed the streaming of the set list. I also took several hundred photos which will be online sometime tomorrow. I tried to post them to this news stream, but obviously something went awry. Thanks everyone! Update (2:00pm EST): We have arrived in Manchester! It's been 433 days since Rush last took the stage, closing out their 2010-2011 Time Machine Tour last July at The Gorge outside of Seattle, Washington. Tonight, the band returns to open up their Clockwork Angels World Tour at the Verizon Wireless Arena in Manchest
Read more