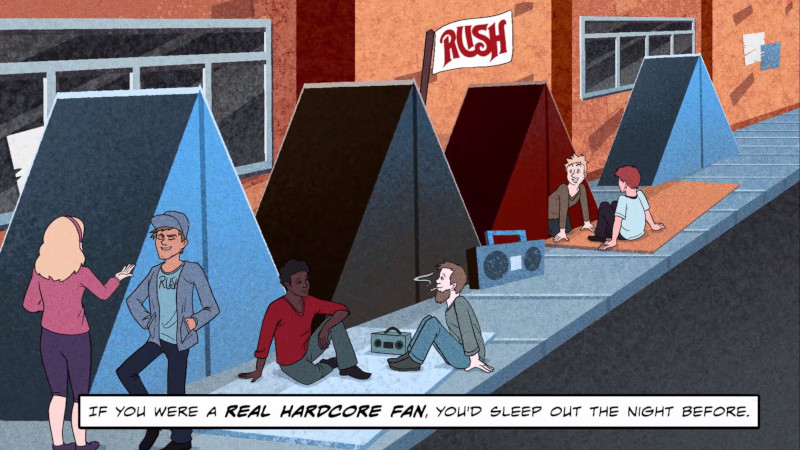 Update: Volume II featuring Eddie Trunk is now online. You can watch it below or directly at this LINK.Fantoons, the creative team behind such offerings as The Making of A Farewell to Kings: The Graphic Novel and The Rush Coloring Book have launched a new series of video shorts titled, appropriately, Rush Stories.

According to David Calcano of Fantoons, these shorts were created so "...cool people could tell Rush related stories...about how Rush was in the middle of something awesome..."

The next volume, set for release next week, will feature Eddie Trunk & Paul Gilbert.
Thanks, as always, to David Calcano for sharing the news with us.
November 07, 2019