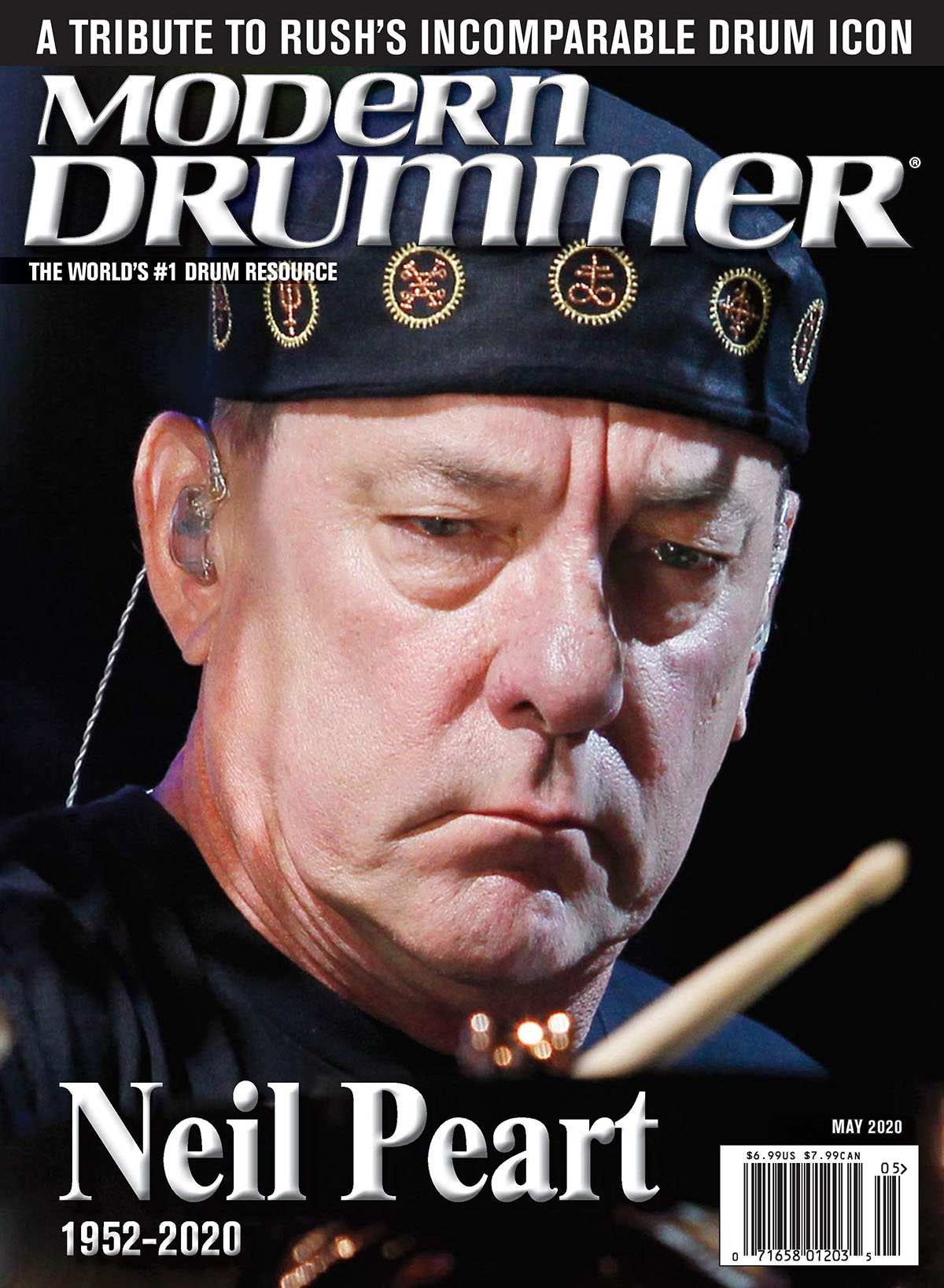 Numerous music magazines have paid tribute to Neil with moving pieces, including the following:

One tribute that fans were particularly anxious to see was that from Modern Drummer magazine. Over the years, Neil appeared on the cover of the long-running periodical for a record nine times. Now, with the release of their May 2020 issue, Neil not only appears on the cover for the tenth time, but nearly half of the 100-page issue is dedicated to him.

The issue includes ten distinct sections celebrating Neil, his craft, and his legacy. They include:

An extended excerpt of the issue is now available online.

One of the many personal tributes made to Neil in this issue came from Joe Bergamini of Hudson Music, who worked with the Rush drummer on his Taking Center Stage: A Lifetime of Live Performance DVD and Book:

It’s hard for me to overstate the impact that Neil Peart has had on my life. I play the drums because of him, and, incredibly, I was able to work with him and share a friendship with him.

When I was thirteen, I heard “Subdivisions” on the radio, and was inspired to play the drums. Soon my dream was to be a professional drummer like Neil. His intellect and creativity seem to jump right out of the speakers and affected me deeply, like so many others of my generation. My imagination was utterly captured, and I studied everything about Neil and Rush until it was part of me. I went to see Rush dozens of times, memorized the drum parts, and even joined a Rush tribute band.

That part of my story probably sounds a lot like thousands of other guys my age. Then, in 2008, Rob Wallis told me that Neil might be interested in working on a new project with Hudson Music, and I was asked to write a proposal for Neil. My excitement and nervousness aside, I was able to craft something that engaged him, and soon I was brought by Rob to meet him, and then we created the Taking Center Stage DVD together. After that, Neil indulged my desire to create a companion book, which was, quite literally, a dream come true.

Eventually, Neil and I became friends, and I gained his trust—a gift he guarded very, very closely. For all those who longed to meet him, I can tell you that he was a wonderful person, everything you’d imagine. With every trip to L.A., I’d ask Neil to have lunch, and make the journey to the Hallowed Bubba Cave to hang and talk about life and drums. And every time I’d pinch myself a little, sitting there with my hero.

My hero became my friend, and my friend dealt with a lot of pain and tragedy in his life. For that, my heart is broken. I will forever treasure the inspiration he gave me and the time I got to spend with him.
Joe Bergamini
(Hudson Music)

The issue also contains a collection of advertisement tributes like the one below:

For more information on this issue, please visit the Modern Drummer website.