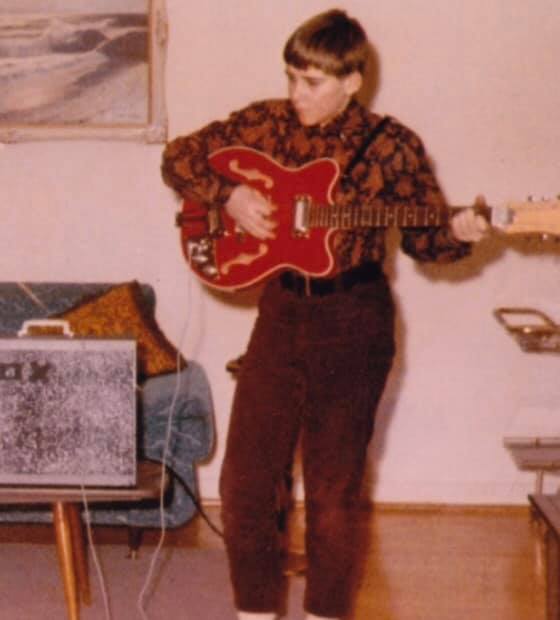 It was back in late 1996 when most Rush fans had their first glimpse of Alex Lifeson's first electric guitar - a red Japanese Canora. An early image of Alex with his prize appeared in the Test for Echo tourbook.

"My first guitar was a Kent acoustic; I got it for Christmas in 1966. It wasn't much of a guitar - I think it cost $10, which was a whole lot more money then than it is now. The strings were very high on the neck and it was pretty difficult to play - but I loved that thing. The following year, I begged my parents for an electric guitar, and that's when I got a Canora that was sort of shaped like a Gretsch Country Gentleman. And that was $59, I remember."

Now, 54 years later, the Loucin Guitars Co. has announced that they have be entrusted to restore this iconic guitar. From a recent post on their Facebook page:

Well, I've kept this secret for a couple months now, but I received the green light today to talk about it. I am completely delighted, floored and honored to announce that Alex Lifeson has asked me & entrusted me to restore his first electric guitar which his parents bought for him (Christmas 1967). A year later he formed RUSH with the very same guitar. The guitar right now is in a box, all in pieces, I'll be posting progress pictures every Alex Thursday on FB and IG.

As indicated above, you will be able to track the progress of this restoration at Loucin Guitar's official Facebook Page. We'll also have updates posted here as they progress. 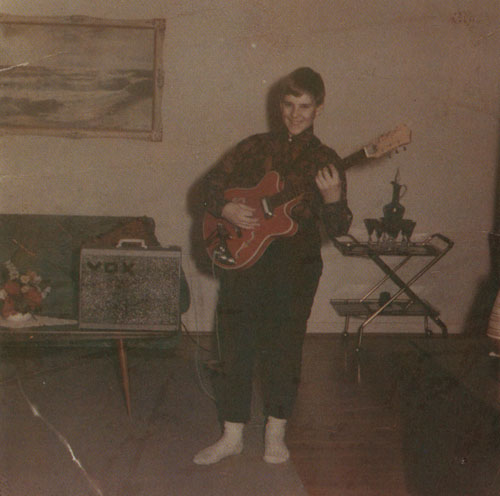