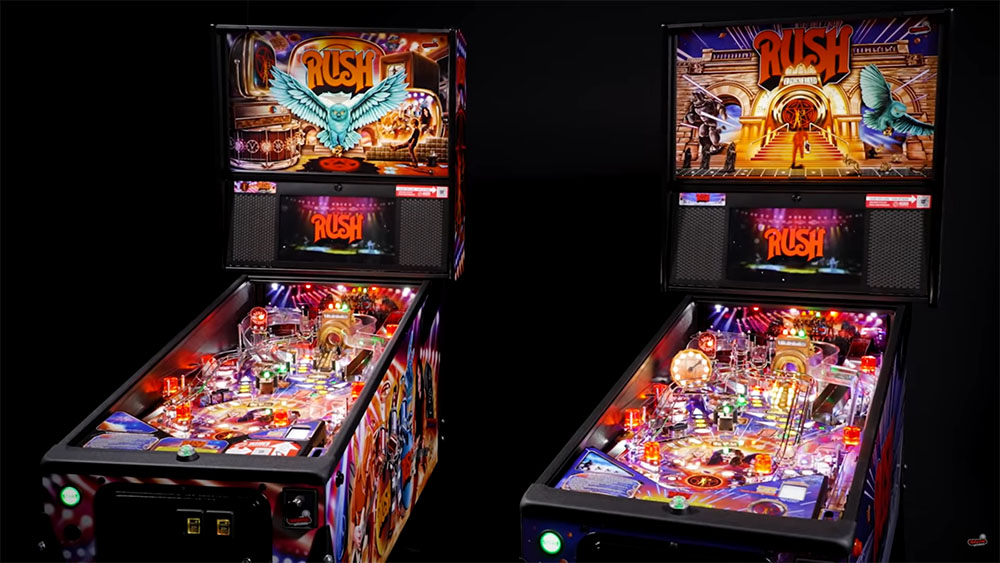 Stern Pinball recently announced that they would be producing and releasing several versions of Rush-themed pinball machines some time in 2022. Today they released an extended trailer that highlights the machines. From the announcement:

Over 40 million records sold. More than 40 years of unparalleled creativity. Countless sold-out tours. An impassioned global fan base. A star on the Hollywood Walk of Fame. Inductions into the Canadian and U.S. Rock and Roll Halls of Fame. Officers of the Order of Canada. Countless other awards and recognitions.

For the three band members, however, it was never about the accolades. It was always about their music, their friendships, their band, their fans, and now: