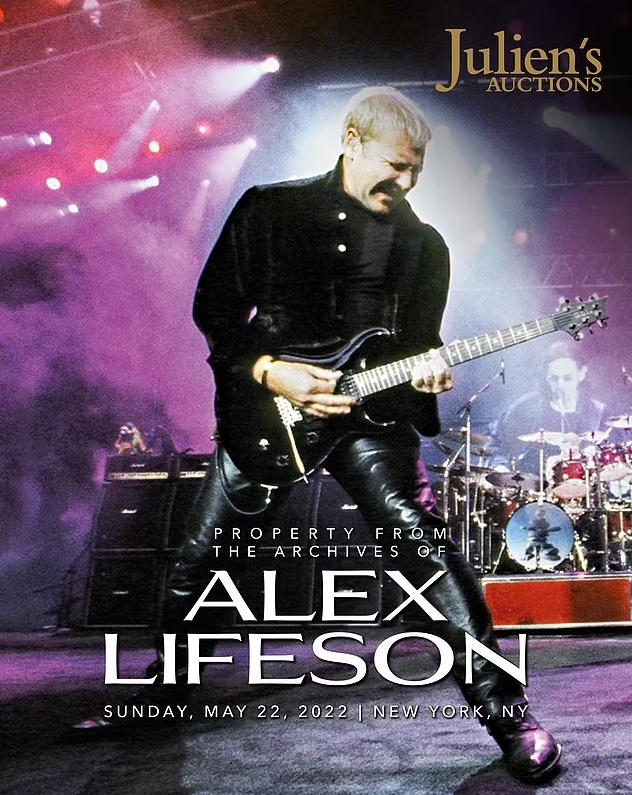 Alex Lifeson will give fans with deep pockets a chance to own part of his legendary guitar collection with a new event from Julien's Auctions. Their auction dubbed Property From the Archives of Alex Lifeson will be the centerpiece of their Music Icons event, taking place Sunday, May 22nd, live from New York City's Hard Rock Cafe and online at JuliensAuctions.com.

Property From the Archives of Alex Lifeson will include more than 100 lots featuring signature guitars owned and played by Lifeson, along with instruments, wardrobe, gear and memorabilia owned and used by Lifeson, which will be available to the public for the first time.

Highlights of the auction include:

Highlights from the collection include…