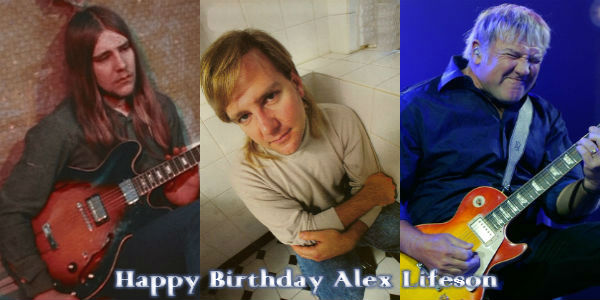 Alex Lifeson, one of the founding members of Rush and the band's seminal guitarist, is celebrating his 69th birthday today. It was on this date back in 1953 that Rush Guitarist Alex Lifeson (born Aleksandar Zivojinovich) came into the world in Fernie, British Columbia. As Rush fans know, Lifeson co-founded the band in the summer of 1968 along with John Rutsey, the band's original drummer. Alex was also responsible for bringing front-man Geddy Lee into the mix.

While Alex is obviously best known for being the guitarist for Rush, he's also a licensed aircraft pilot, motorcycle rider, a gourmet cook, avid golfer, and an artist. Alex has also been known to dabble with a little acting now and again. Back in 2018, he appeared a couple of times on the CBC comedy-drama Crawford, which premiered on the CBC in Canada during the summer of 2019.

In more recent news, Alex recently released a new musical project under the name Envy of None, which was released back in April. He also reunited with Geddy Lee on stage earlier this month when the two performed a rendition of Closer to the Heart at the South Park 25th Anniversary Event.