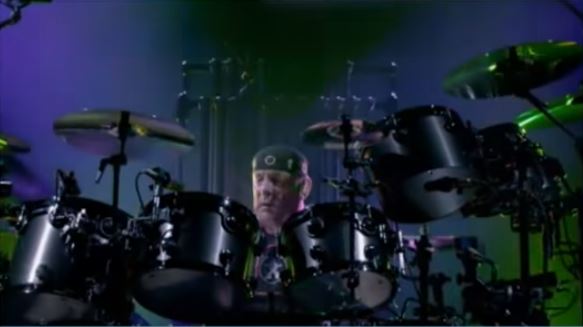 Last night, the 62nd Grammy Awards ceremony took place at the Staples Center is Los Angeles, California. During their acceptance speech for Best Metal Performance, Tool drummer Danny Carey thanked “all the gods” as well as his bandmates before paying tribute to some of his influences.

“As artists, we’re all influenced by people who come before us, and for me, it’s all the great drum gods,” he told the audience. “Namely John Bonham, Tony Williams, and recently, my good friend Neil Peart. This is for all of you guys.”

The band won the award for their song “7empest” off Fear Inoculum. You can watch their acceptance speech below. The segment with Danny Carey thanking those who influenced him begins around the 1:10 mark.
During the ceremony's In Memoriam segment, a brief clip of Neil performing during Rush's R40 tour was shown. Neil's mentioned appeared sixth in a long line of artists that we've lost over the past year, which includes the likes of Ginger Baker, Rick Ocasek, and Eddie Money. The segment can be viewed below.
January 27, 2020