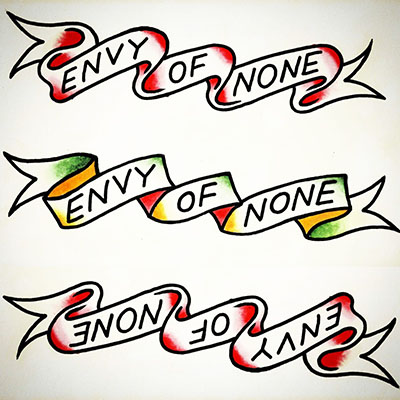 Since the news last month about Alex Lifeson recording ten new songs for this Envy of None project, the former Rush guitarist has hit the interview trail to discuss his future plans in more detail. One of the interviews he conducted was with Elliot Engebretson from Grateful Web. In it, Alex reveals that the Envy of None album will hopefully be released this fall.

GW: ...the upcoming project called Envy of None, an intriguing project. From the sounds of it, it sounds like you have nearly a full album recorded and are in the mixing process. Do you have any additional details on that project and is there any chance as we get back to live music and some sense of normalcy that we could potentially see this project on the road?

Alex: Well, we are in the mixing stages, and we’re actually in the final mixing stage of this project. We’ve been living with some monitor mixes for a little while and going back and forth and updating things until we finally reach the stage as to what we would refer to as “final mixes.” I think we’re probably about a month or so away from what we would consider “final mixes,” and we’re not sure where we are going to go in terms of release, but the general idea is to release by the fall. We have 10 songs, everything is recorded, we’re just getting a couple final things from Maiah, but we’re in really good shape it’s just a matter of sliding them in.

I think we’re so focused on how we’re going to release this, that we haven’t even discussed sort of how we would take it live. From Maiah, she would love to take this live, she’s a lot younger than the rest of us (laughs). I could maybe see doing a handful of shows if it ever came up, all depending on how it is accepted, we might come up with some ideas on how to present it live. But we shall see, that is still a long way off...

Alex also commented on the possibility of a long tour in a recent Ultimate Classic Rock interview:

“I haven’t really considered [playing live],” he tells UCR. “It’s been almost six years [since the last tour]. After touring at that level [for decades], not to mention the six years before that of spending weeks in small bars and small towns, I’m not in a big hurry to go back on the road.”

If “something major” happens with his new collaborators in Envy of None and there is a chance to do “a handful of specific shows,” Lifeson would consider that. But the idea of lengthy touring, either with Rush frontman Geddy Lee or Envy of None, is a different story. “I don’t think that’s something that’s in my cards, really,” Lifeson says.

We'll have more news on the Envy of None project as it becomes available. You can also follow the latest news on the project's official Facebook and Twitter pages. Comments
July 08, 2021