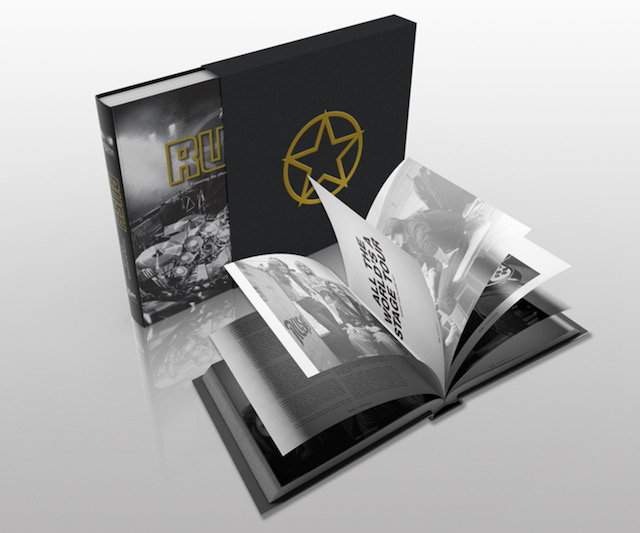 Rufus Books, a United-Kingdom based publisher, has announced a new series of called Portraits which will comprise beautiful 230mm square books, each presented in a slipcase, and will feature a range of artistes. The first book in the series is titled Portraits of Rush. From the announcement:

Portraits of Rush takes us on an epic, photographic journey from the All The World’s A Stage Tour through to Exit Stage Left and the major tours in between.

Featuring the photo's of legendary music photographer Fin Costello, who had total access to the band as they travelled, rehearsed, played live and recorded in the studio, Portraits of Rush is a candid, beautiful book of the Canadian trio as they became one of rock’s major bands. The images in this book have been specially prepared and processed for the black and white printing process, and will be re-produced using high quality matt coated art paper. With an introduction by John Tucker and featuring several articles on the band from magazines of the time the book is a celebration of one of the finest trio's in rock.

The book comes with a fold out poster and is presented in a black slipcase with a gold foil logo. The main edition comes in 666 numbered copies worldwide.

Shipping in late May, the book is currently available for pre-order. Orders submitted before the end of February will receive a 10% discount. Comments
January 25, 2023