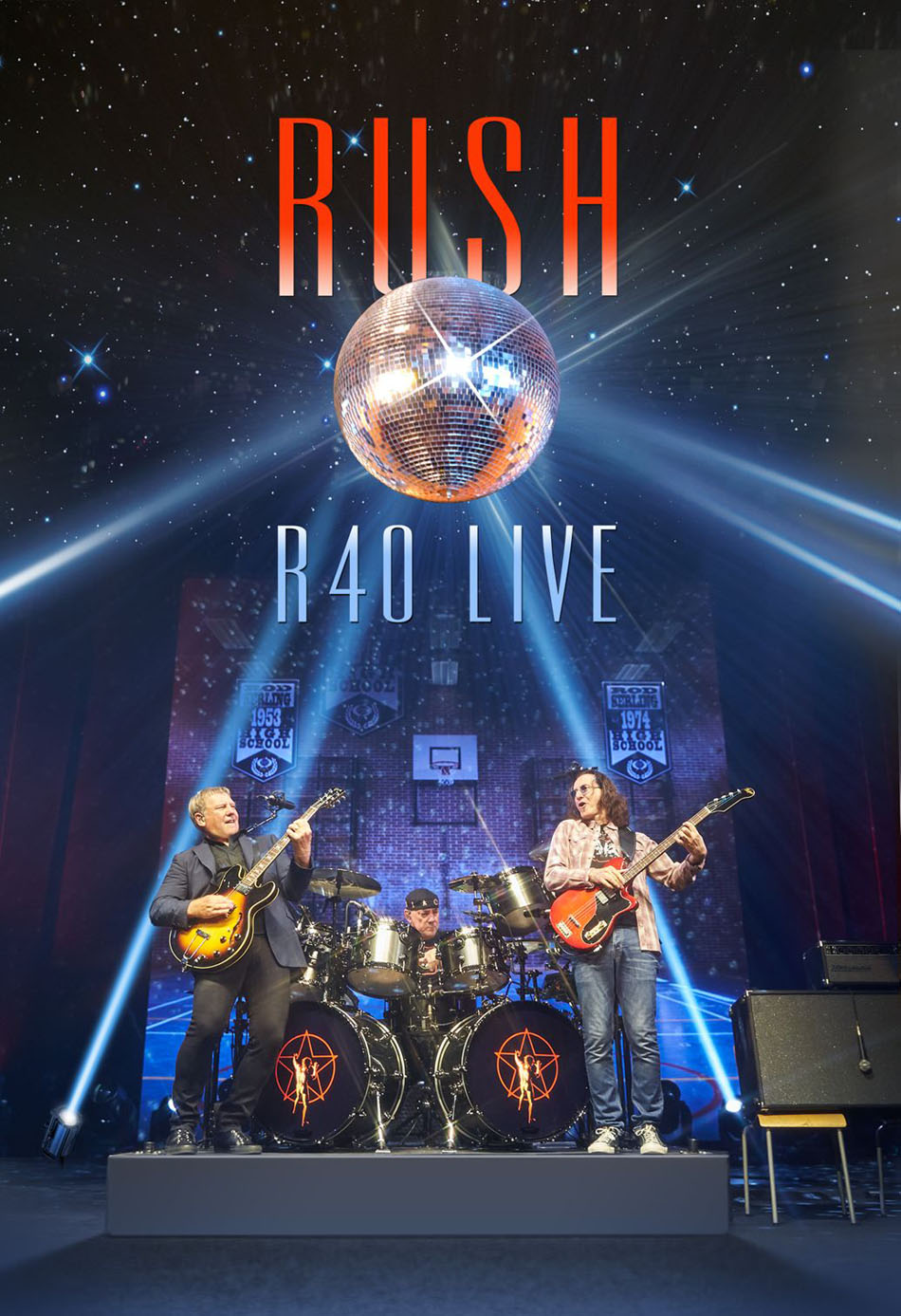 Rush's concert film from their 40th Anniversary Tour R40 Live has just been certified Gold in the category of Video Longform by the The Recording Industry Association of America® (RIAA). The Gold status indicates sales of at least 50,000 units. Platinum status in the Video category is awarded after sales of 100,000 units.

R40 Live: All roads have led to this. Forty-one years in the making, the R40 Live tour took a very real journey back through time. Beginning with the grand design: a state-of-the-art stage set that pivots, rolls and dives, and brings Clockwork Angels in to bombastic, colorful life before marching stridently back in time (through theatre stages, a panoply of band and fan shots, the accrued memories of a life spent playing live) to a mocked-up school gym and the band playing there; a solitary bass amp set on the chair behind Geddy Lee, a mirror ball spiraling crazily above, casting thin rods of light like a light rain across the crowd, "Working Man" coming to a shuddering halt as the band's beginning becomes their end. Rush recorded and filmed R40 LIVE over two sold-out shows in the band s hometown of Toronto on June 17 & 19, 2015

For a complete listing of all of Rush's album and video RIAA certifications, click HERE.

More information on the R40 Live Concert film is available at this LINK.

Thanks to Ed from RushIsABand for sharing the news.
August 03, 2018