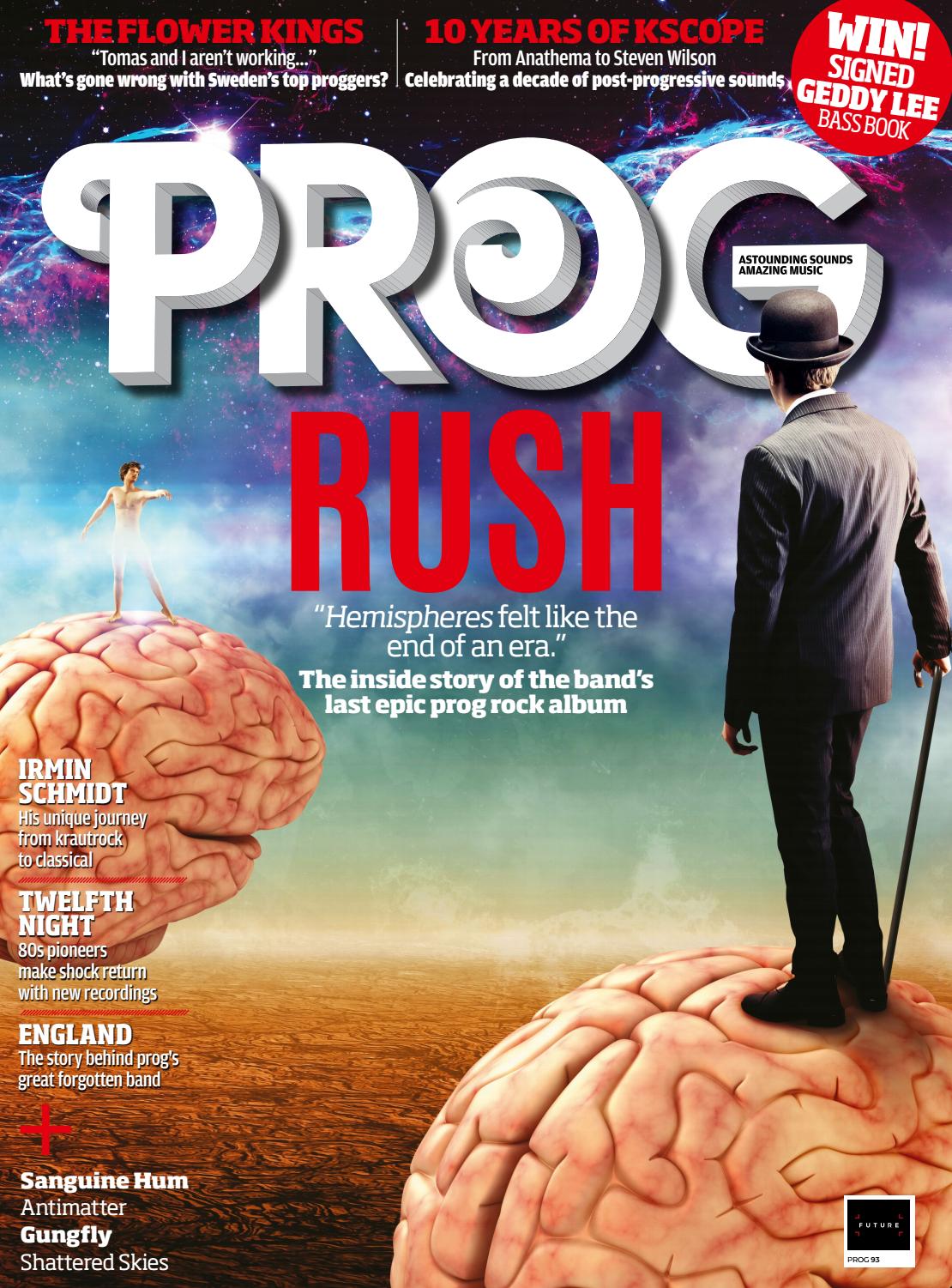 In celebration of the 40th Anniversary of Hemispheres, Rush are gracing the cover of the December 2018 issue of the UK's PROG Magazine. Within the issue are two Rush-related articles: An Exercise in Self-Indulgence and Beauty & The Bass, as well as an interview of Geddy's upcoming Big Beautiful Book of Bass.

The first is a conversation with Geddy Lee on the making of Hemispheres:

When it comes to Hemispheres, Lee is more than happy to regale Prog with the inside story. One of the most vociferously debated and lauded albums in Rush's vast catalogue, these 36 minutes of explosive, pioneering prog are notorious for having pushed the three musicians to the limit of their abilities. In fact, Hemispheres is often cited as the album that nearly broke Rush for good. In truth, as Lee explains, as they arrived in the spring of 1978 after finishing a gruelling world tour in support of the hugely successful A Farewell To Kings, Rush were too full of ideas to contemplate taking a rest.

"I think we were tired after the touring but at the same time we were also feeling pretty good," he says. "Our range was expanding and we were feeling pretty ambitious at that time, which is evidenced in the crazy record that we made in Wales! We'd had a good experience working at Rockfield Studios before and that left a good taste about the whole idea of recording in Britain again. When we arrived in Wales we were psyched, we were excited, but at the same time we were not super well prepared. Although we had a lot of ideas, we hadn't really hammered them out, so we found ourselves in a new situation, in a house not far from Rockfield. We'd planned to be there for a short time and it turned into a much longer time, as everything to do with that album did. I'd say we were excited and a little bit nervous about the lack of preparation, but we were ready to dig in."

The second article is also a discussion with Geddy Lee; this time about his new Big Beautiful Book of Bass, which comes out later this month:

"Part of the beauty of doing the book and having this collection is that you have all the amazing stories that go along with these instruments and I think they're interesting. Other people may not I think it's nice when you get an instrument that someone has played for 40 years and he has made a life with that instrument. That's a story. So to me, these basses represent the artfulness of the middle of the 20th century. They represent the people that made a living playing them and using them. And that to me is pretty cool."

Each of the articles have been transcribed, and are available on the main site at this location.

To purchase this issue of PROG magazine, please following this LINK.
November 30, 2018