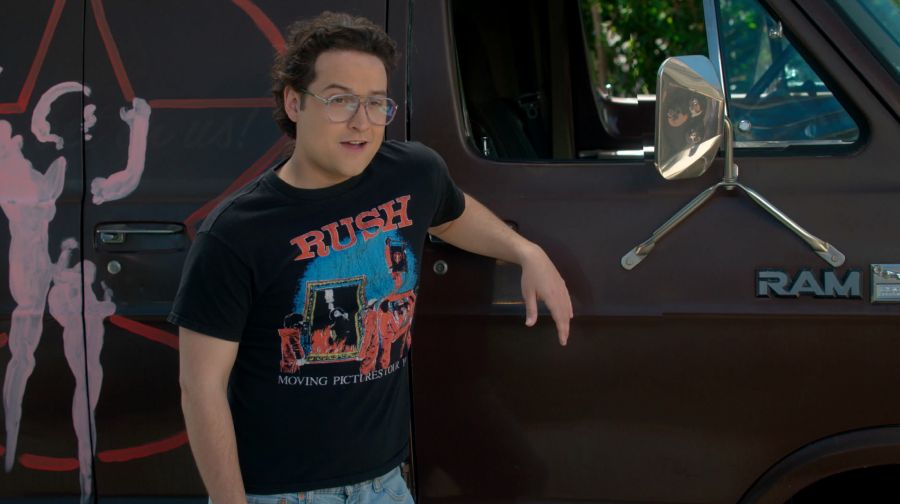 ABC's hit comedy The Goldbergs will be airing another significant Rush reference during its Season 6 finale on Wednesday, May 8th. In an episode titled Breakin', the recurring Rush-fan character of Johnny Atkins (portrayed by actor Sean Marquette) announces that he will be travelling to Canada to follow Rush on tour in his 2112 Starman van.

Atkins is known for typically wearing a Rush t-shirt when he appears in an episode of the ABC comedy. Earlier this year, he wore eleven different Rush t-shirts in a single episode. Additionally, back in Season 3, an entire episode aptly titled "Rush" centered around the formation of a female Rush cover band who perform Tom Sawyer in a Battle-of-the-Bands competition (Click for Video)

You can watch a preview clip of the Season 6 finale below.Watch The Goldbergs on the ABC Network, via their Online Streaming Service or on Hulu.

Thanks to Ed from RushIsABand for sharing the news.
May 07, 2019