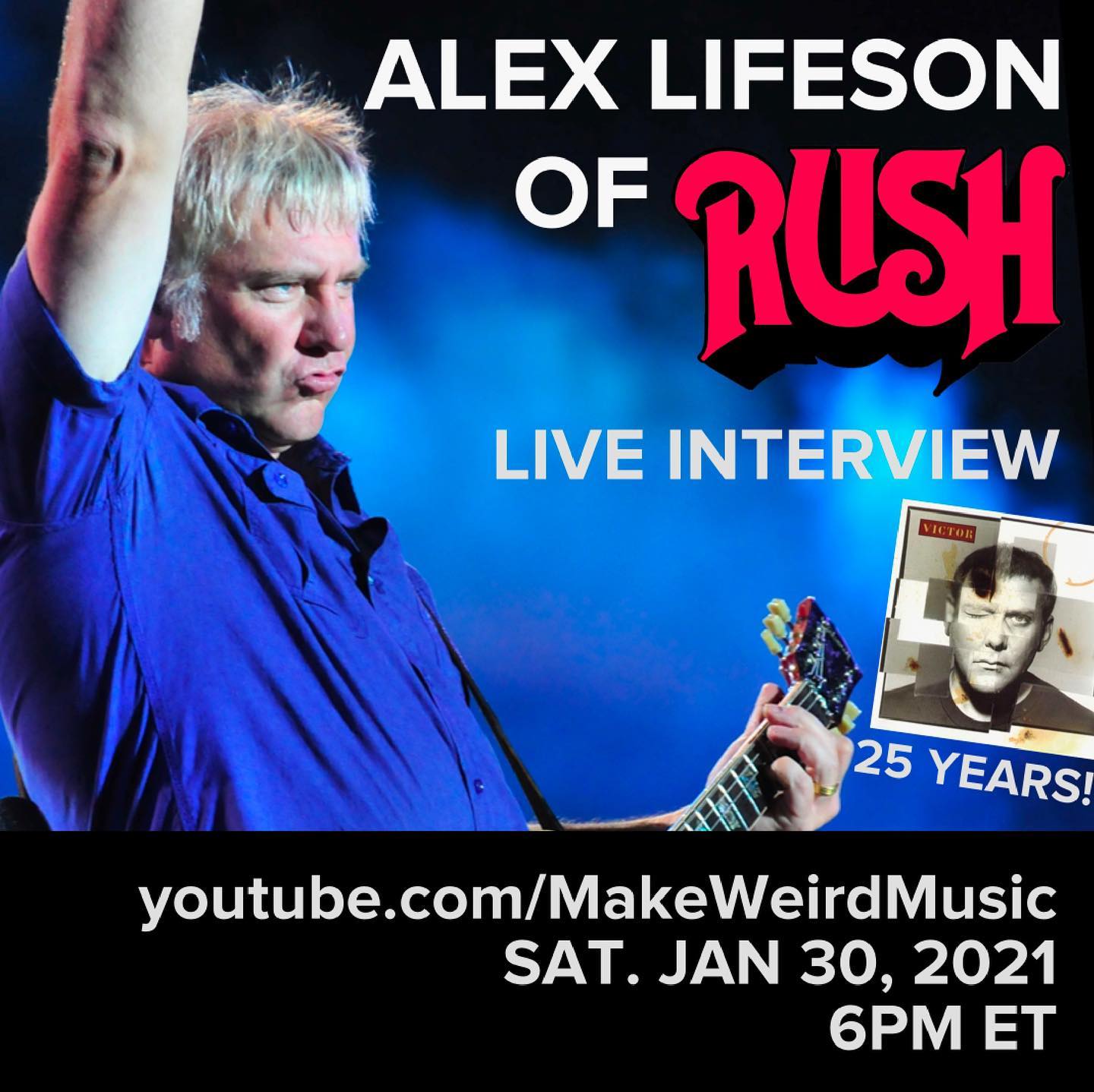 Alex Lifeson will be speaking with Andre Cholmondeley of Make Weird Music this Saturday. The live interview will take place on Make Weird Music's YouTube channel at 6pm EST.

Alex Lifeson of Rush is one of the greatest rock guitar heroes of all time and we are so fortunate to have him for a live interview where we'll discuss the 25th anniversary of his solo album, Victor, and the 40th anniversary of Moving Pictures.

Rush have yet to announce any plans for a 40th Anniversary release of their seminal album Moving Pictures so perhaps Alex will have some insight on the expected release.

Additionally, it was last June when we first reported that Alex's solo effort Victor might receive a special 25th Anniversary re-release. Hopefully Alex will expand on this during the interview as well.

You can access the interview directly at this LINK or via the embedded viewer below.

Thanks to RushFanForever for passing along the news.
January 26, 2021