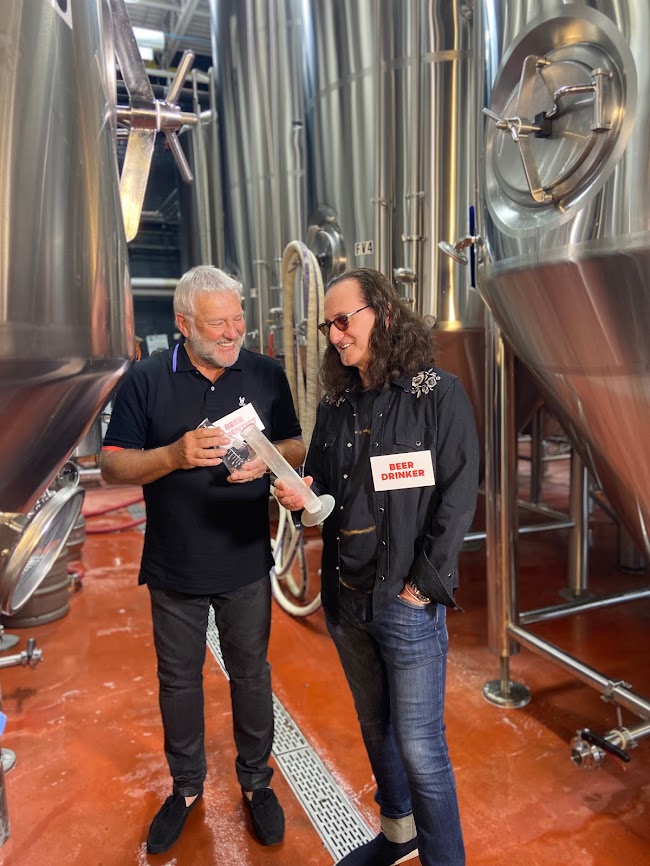 Beer, here! Rush have just announced that they will be releasing their own brand of beer, specifically a Canadian Golden Ale, at the end of the month. The band collaborated with the Toronto-based microbrewery Henderson Brewing Company for this unique offering.

From the press release:

August 17, 2021 (Toronto) – It started during the R40 tour when, after a gig, someone handed frontman Geddy Lee a bottle of Robinson’s “Iron Maiden -Trooper” beer. Geddy took one look at it and jokingly asked where the Rush beer was. That quip stayed in the mind of the band, and recognizing the growing craft beer movement, particularly in their hometown of Toronto, the band decided to look into it seriously.

Beer has always been an import part of the touring experience for the band. That first after-show beer helping to draw a line between the focus of performing and the wind-down that follows. After hundreds of shows in so many countries around the world, the band really began to see how different beer could be.

“When I get off stage, I really, really enjoy an ice-cold beer, it’s like a little reward,” commented Geddy Lee on a recent visit to Henderson Brewery.

The band chose Henderson as they are one of the fastest growing micro-breweries in Canada and have won many gold medals for their beer. As is true with all of Rush ethos, quality is key. It didn’t hurt that the hometown brewery also had a love for the band given Henderson had previously released a “Put Your Scarf On Geddy” limited edition Canadian Imperial Stout in 2016.

In the summer of 2020 Rush and Henderson began taste testing many prototype brews and early in 2021 the band and the brewery both felt they had come up with a brew they could stand behind. Subtlety complex, refreshing and satisfying and uniquely Canadian, as the beer gets its taste from Canadian ingredients, including Rye.

“Rush Canadian Golden Ale is golden in colour with a dense ivory head. It has an earthy aroma with hints of orange-peel, pine and spicy rye. While the emphasis is on refreshment, there are elements of pine, rye spice and a citric hop flavour that add to the subtle complexity of the beer,” remarked Alex Lifeson, the band-proclaimed Beer Scientist.

In connection with the launch of the beer, the Rush Backstage Club has made this Rush Golden Ale t-shirt available for pre-order.

Check out the antics of Geddy and Alex as they survey the 'factory of beer' in the video below. 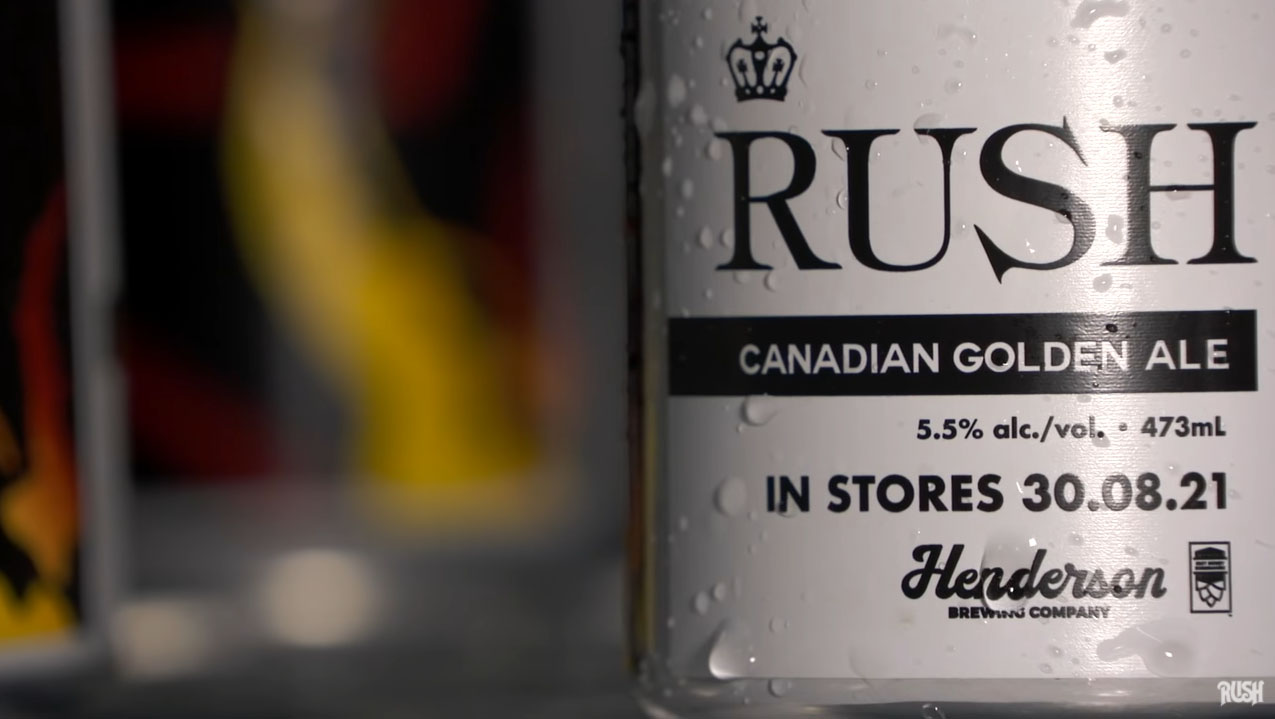 Thanks to Ed from RushIsABand for sharing the news. Comments
August 18, 2021

Geddy Lee (born Gary Lee Weinrib) is celebrating his 69th birthday today! Happy Birthday, Geddy -- and many happy returns! "Gary" was born in the small Toronto village of Willowdale. As many fans know, his given first name "Gary" transformed into "Geddy" during his high school days thanks to his mother's heavily-accented pronunciation of his name. In addition to his musical aspirations, some of Geddy's other interests include collecting fine wines and, of course, baseball. His wine collection is rumored to include some 5,000 bottles and his love of baseball is well documented. In fact back in 2013, Geddy threw out the ceremonial first pitch at the home opener for the Toronto Blue Jays - something he admittedly dreamed of doing for years. Following the success of his book, Geddy Lee's Big Beautiful Book of Bass , which was released in 2019, Geddy announced last September that he's currently working on his memoir which, at t
Read more