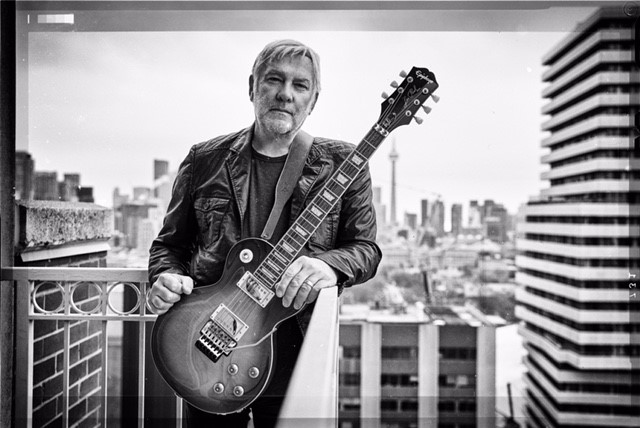 Alex Lifeson, one of the founding members of Rush and the band's seminal guitarist, is celebrating his 68th birthday today. It was on this date back in 1953 that Rush Guitarist Alex Lifeson (born Aleksandar Zivojinovich) came into the world in Fernie, British Columbia. As Rush fans know, Lifeson co-founded the band in the summer of 1968 along with John Rutsey, the band's original drummer. Alex was also responsible for bringing front-man Geddy Lee into the mix.

While Alex is obviously best known for being the guitarist for Rush, he's also a licensed aircraft pilot, motorcycle rider, a gourmet cook, avid golfer, and an artist. Alex has also been known to dabble with a little acting now and again. Back in 2018, he appeared a couple of times on the CBC comedy-drama Crawford, which premiered on the CBC in Canada during the summer of 2019.

In more recent news, Alex has been working on a new musical project under the name Envy of None, which he hopes to release later this year. He also joined forces with his bandmate Geddy Lee to launch a Rush-branded beer.

Beer, here! Rush have just announced that they will be releasing their own brand of beer, specifically a Canadian Golden Ale, at the end of the month. The band collaborated with the Toronto-based microbrewery Henderson Brewing Company for this unique offering. From the press release: August 17, 2021 (Toronto) – It started during the R40 tour when, after a gig, someone handed frontman Geddy Lee a bottle of Robinson’s “Iron Maiden -Trooper” beer. Geddy took one look at it and jokingly asked where the Rush beer was. That quip stayed in the mind of the band, and recognizing the growing craft beer movement, particularly in their hometown of Toronto, the band decided to look into it seriously. Beer has always been an import part of the touring experience for the band. That first after-show beer helping to draw a line between the focus of performing and the wind-down that follows. After hundreds of shows in so many countries around the world, the band really began to see
Read more