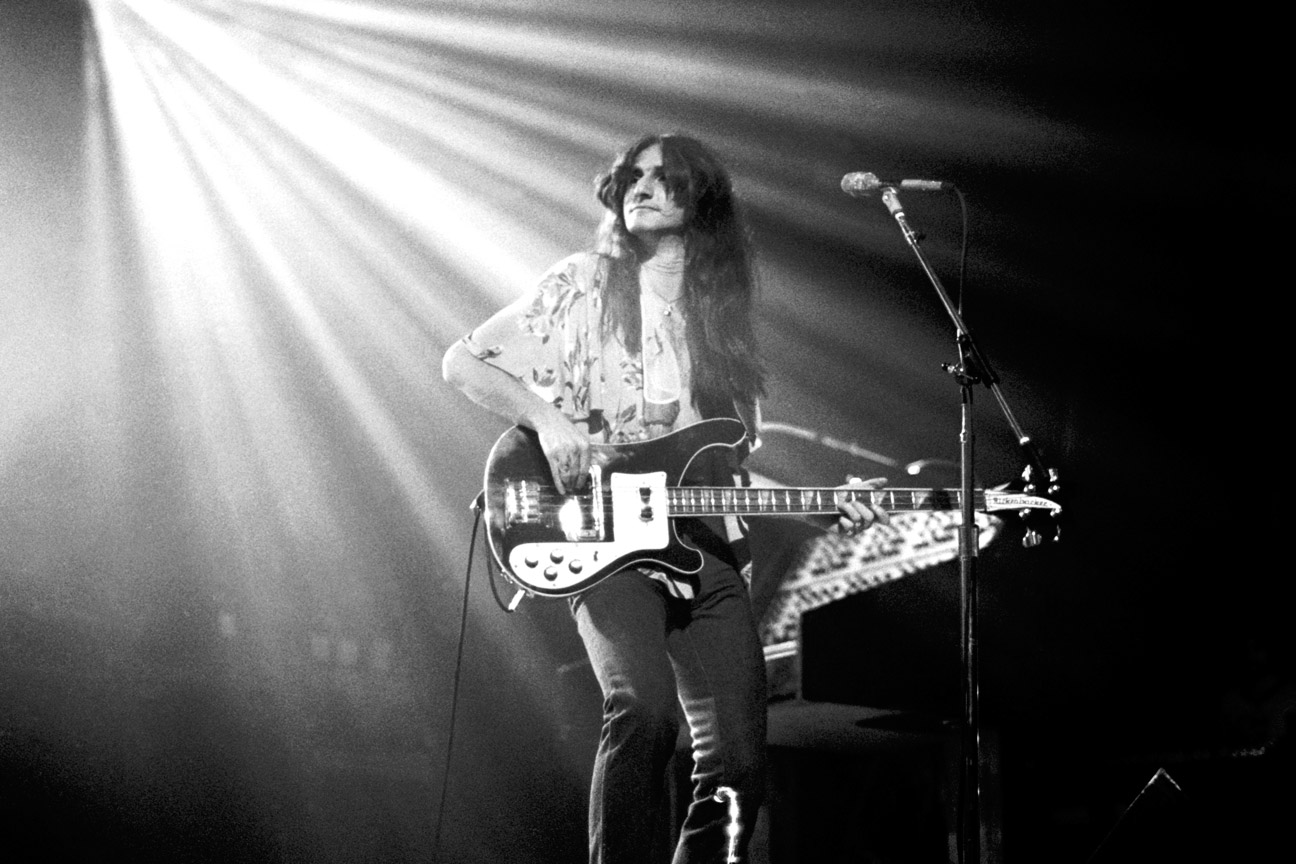 This week marks the 40th anniversary of the release of Rush's progressive powehouse Hemispheres. In celebration of the anniversary, as well as the upcoming release of the 40th Anniversary Box Set of the album, Rolling Stone magazine recently sat down with Geddy Lee to discuss the making of Hemispheres, his upcoming Big Beautiful Book of Bass, what's in store for the future, and more.

The article, which was posted to the Rolling Stone website earlier today, is titled Geddy Lee on Rush’s Prog-Rock Opus ‘Hemispheres’: ‘We Had to Raise Our Game’. On the writing and recording of Hemispheres, Geddy had this to say:

You’d gained some commercial momentum in 1978 after “Closer to the Heart” made a dent on the U.K. charts, but Hemispheres is one of the least accessible Rush albums ever. Did you have any initial ideas of striking while the iron was hot and making something more easily digestible?
Not really. We were not really practical thinkers. We never knew what was going to come out until we sat down to write. I would say that was, in a way, the biggest hindrance to mass success, but at the same time it was also our saving grace in a sense because everything we did was a natural reflection of who we were and what kind of players we were and what kind of dreams we had. Our albums really do reflect where our heads were at that particular moment. We didn’t put much stock into commercial single success. We didn’t really even know how to make a commercial single. Any time we attempted to do something shorter, it naturally became the single just by virtue of its length of time. We probably released more unsuccessful singles than any other band [laughs]. That wasn’t really an issue. That wasn’t present in our minds, the success with “Closer to the Heart.” But really in the back of my mind was that we’d attempted a side-long piece before on Caress of Steel [“The Fountain of Lamneth”], and that just stuck in our craw as highly flawed, and we wanted to have another crack at it and do something more interesting.

The topic of another possible solo album from Geddy was directed to his current work on his Big Beautiful Book of Bass coffee-table book:

Now that Rush now appears to be in hibernation since the last tour, have you thought at all about recording another solo album? You haven’t released one since My Favourite Headache in 2000.
I go down to my studio on and off, and whenever I pick up an instrument, something comes out spontaneously, and I try to at least grab a moment of it and stick it on tape and forget about it. I’ve been so busy the past three years with this book project [Geddy Lee’s Big Beautiful Book of Bass, out December 4th], which consumed my entire being — which is fairly typical to my personality — that I haven’t been thinking about another music project at this point. I say that, and at the same time, another part of my brain is always thinking about another music project. But when you’ve spent 42 years working closely with the same people and formed the kind of bond and friendship that the three of us have had — and maintained, to this day — it’s a big decision and a big question what you want to do next. Or if you want to do something next.

Hopefully either way we’ll hear another solo album one of these years.
I appreciate the vote of confidence. I do think about it, and I think once the dust settles from this project, I’ll probably find myself bored and wandering down to the studio to try to enliven my own life, and if something of a positive nature happens down there, I’ll take it to the next step. But beyond that, I could only guess.

Finally, we regards to the future of Rush, Geddy elaborated on what has been said many times before:

Is there anything at all you can tell us about the state of Rush in general?
The state of Rush in general … Well, I’d say I can’t really tell you much other than that there are zero plans to tour again. As I said earlier, we’re very close and talk all the time, but we don’t talk about work. We’re friends, and we talk about life as friends. I can’t really tell you more than that, I’m afraid. I would say there’s no chance of seeing Rush on tour again as Alex, Geddy, Neil. But would you see one of us or two of us or three of us? That’s possible.

You can read the entire interview directly at this LINK.
October 22, 2018