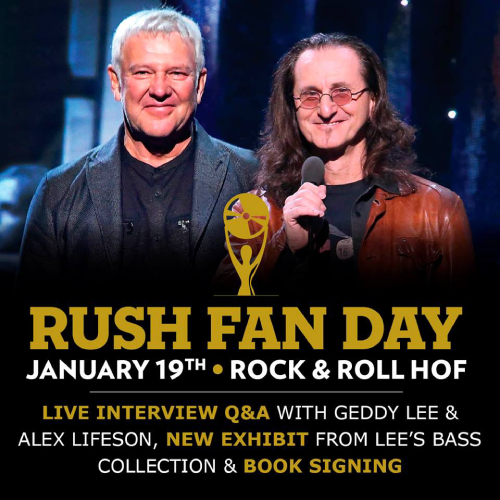 Update: By all accounts and reports, the Rush Fan Day Event was a great success. Numerous fans braved the less-than-ideal winter weather that descended upon Cleveland to attend the intimate Q&A session with Geddy and Alex. A complete video of the session is available on the Rock & Roll HOF Facebook page. It's also available via the embedded viewer below. Coming out of the day where numerous articles that covered the event. Below is a list of many of them: