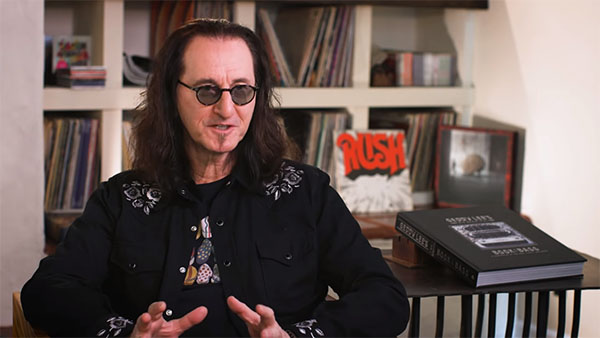 Geddy Lee recently sat down with UDiscover Music to discuss a number of topics ranging from his new Big Beautiful Book of Bass, his musical heroes, and the possibility of a theatrical production that utilizes Rush's music.

“These guys were my heroes”
“Going into nerd territory” is, however, exactly what Rush fans would appreciate, and Lee uses the opportunity to interview all of his favourite musicians for the book. He talks bass with all of the titans of the instrument like Led Zeppelin’s John Paul Jones, U2’s Adam Clayton, Metallica’s Robert Trujillo and The Rolling Stones’ Bill Wyman.

As for what’s on the horizon, Lee suggests maybe it’s time for a Rush stage show.

“I’ve always thought that Rush’s music lent itself to theatrical reproduction, especially the concept albums such as 2112, or Clockwork Angels,” Lee points out.

“The stories have a lot of potential, in terms of staging and imaginative scenery, and they’re really tailor-made for that, so I’d love to see that happen sometime.”

Rush on Broadway? Never say never!The video is located at this LINK. Thanks to everyone for pointing out this news.