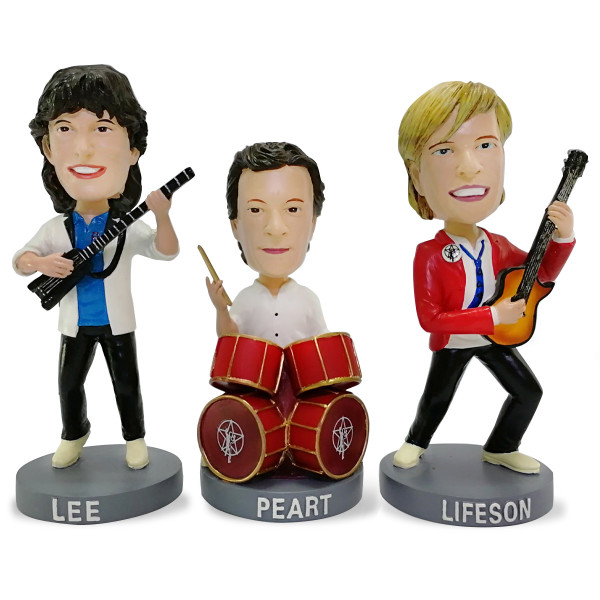 Several years ago, a set of hand-painted Rush Bobblehead Dolls were released, featuring Geddy, Alex, and Neil donned in their flowing robes of the 1970s.

Now, the Rush Backstage Club has announced the upcoming release of a new set of Bobblehead dolls - this time featuring the band as they appeared in the 1980s. From the announcement:

Who can forget the 80’s? The decade that spawned albums such as Moving Pictures, Signals, and Power Windows, certainly deserves its own set of Rush bobbleheads. Remember Alex’s leather pants? How about the clean-cut hair on Neil! How about Ged’s Steinberger!! This set of three polyresin ceramic dolls stand approximately 7” high, and come packaged in a custom box for all of you collectors. Clear some space on the shelf!

Selling for $59.99, pre-order quantities are limited. Order now to secure your bobbleheads for the holidays!

You can also still pick up the 1970s version of the dolls via Amazon.Com.