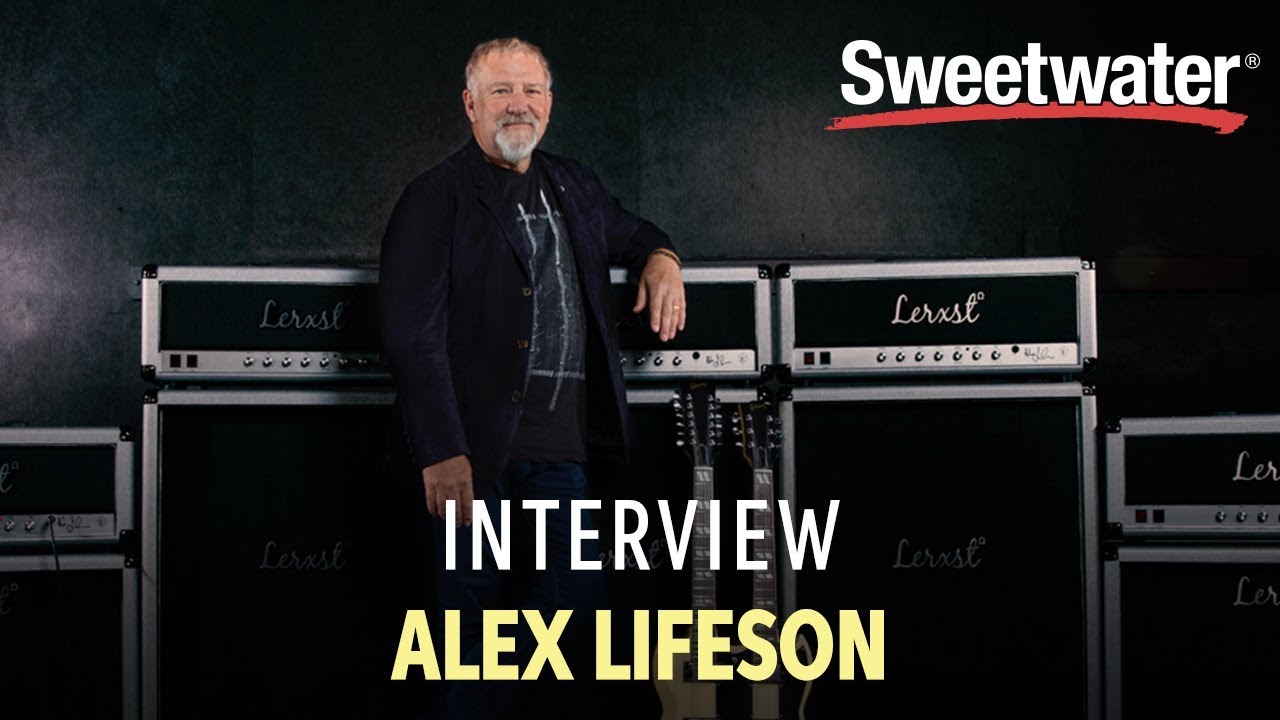 The lengthy video interview, which can be viewed below or directly at this LINK, touches upon numerous topics including Alex's growing list of side-projects he's been involved with since Rush ceased touring back in 2015, as well as his thoughts on guitar tone. Alex also discusses how he commissioned the amp gurus at Mojotone to build him the tour-worthy re-creation of the legendary, 50-watt amp head.
This Lerxst Omega has been hand-signed by Alex himself and includes a custom serial number plate and certificate of authenticity - and you can only get these autographed versions at Sweetwater. There's only 100 of these available, and they won't last long, so order yours today.