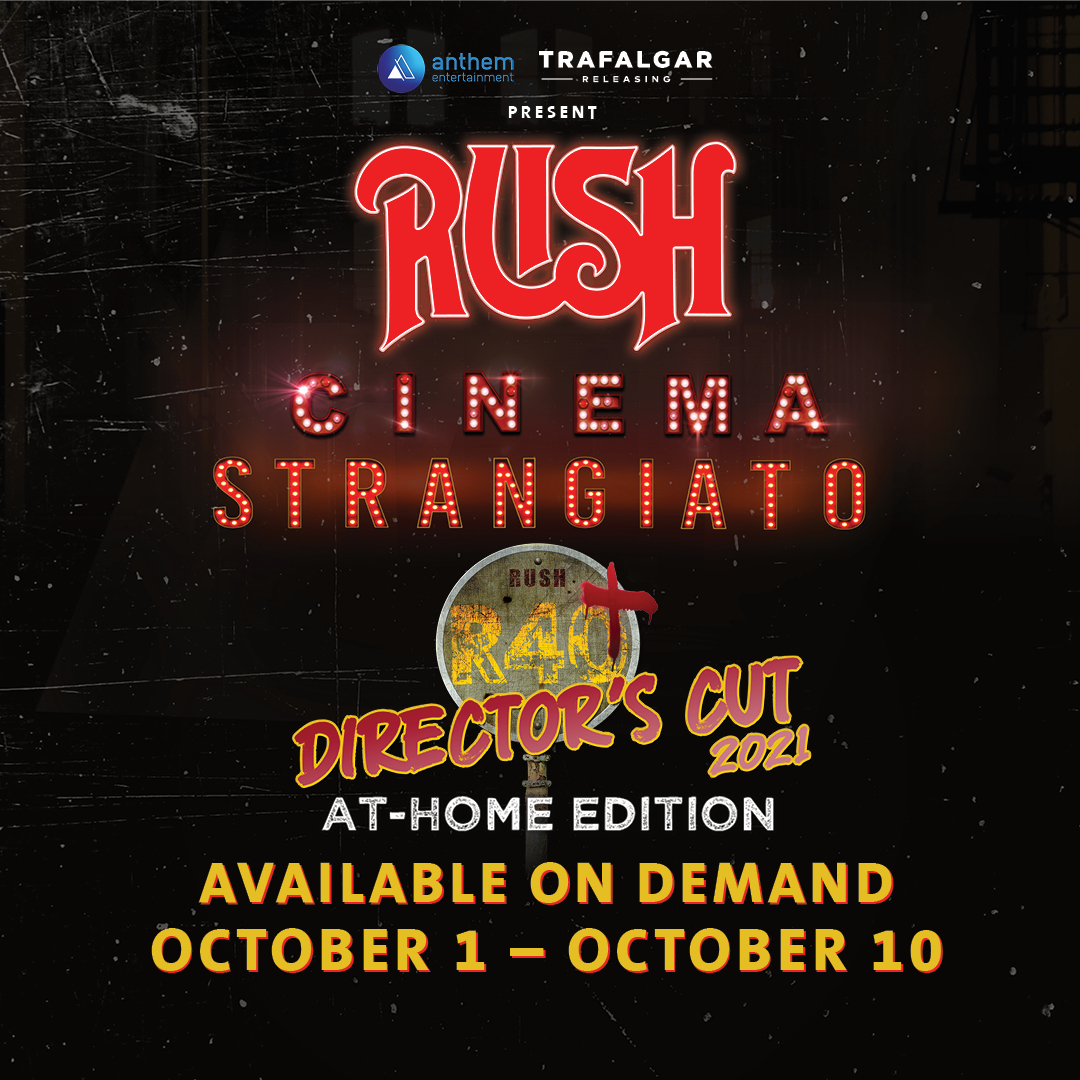 Visit www.cinemastrangiato.com for more information and to purchase access for $15.

On Friday, October 1 at 9 p.m. ET, RUSHCON will host a live virtual “Interactive Watch Party” for fans to connect and discuss the film when it premieres online. Those who purchase a watch party ticket will maintain access to the content for the entire duration of the VOD window, but only those who log in during the live October 1 event will be able to participate in the chat.

When released in cinemas worldwide, Rush: Cinema Strangiato – Director’s Cut charted No. 4 overall for the North American box office on September 9; ranked No. 2 for the per-screen average for the day in North America, behind only Disney’s Shang-Chi and the Legend of the Ten Rings; and was No. 5 overall for the UK box office.