In the same vein as the 2011 release of RUSH ABC 1974: The First American Broadcast and the 2014 release of SPIRIT OF THE AIRWAVES: Live 1980 Radio Broadcast, another early Rush radio broadcast is set to be released as an 'unofficial' CD this April.

Rush The Lady Gone Electric is a live radio broadcast recording from a December 1974 appearance at the Electric Lady Studios in New York City. From the Amazon.Co.Uk listing:

Recorded at the Electric Ladyland [sic] Studios in New York City, in December 1974 in preparation for their first US tour, this sublime Rush performance was given in front of an audience of 8-12 people in the small studio, and thus provides a fine example of this remarkable band s early live sound. This was also the earliest recording made with Neil Peart on drums, Peart having replaced their former skins-man John Rutsy, a few months before this show. They perform material from their first album and new songs from the soon to be released Fly by Night LP. The show was undertaken to provide a live broadcast for FM Radio, and was transmitted across the airwaves prior to the release of Fly by Night. Neil had only been with the band for a few months at this point, but the playing is tight and precise.

The FBN songs are still coming together, so some, notably Best I Can, contain some alternate lyrics. The structure of Fly by Night is different, with the guitar solo coming after the vocal bridge and a completely different ending. We get a rare treat in Working Man, when Alex delivers a guitar solo outside of the normal structure of the song. Bad Boy is introduced as a Beatles song, although it was originally written and performed by Larry Williams. It s amusing to hear the polite clapping of what sounds like about five or ten folks in the studio. Geddy s soft-spoken comments in between songs are a sharp contrast to the very hard-edged performance. Apparently, several mics were set up around the studio, with only a very basic soundboard feed. The result is a very well-mixed sound - so much so, in places it sounds as though it s lifted direct from the first album. The three bonus cuts included are from the group s first US television performance on the legendary Don Kirshner Rock Show programme in October 74.

Though the listing at Amazon cites this as the first recording of Neil Peart as a member of Rush, it is not. The first was actually the aforementioned RUSH ABC 1974: The First American Broadcast.

The CD includes twelve songs including a cover of Bad Boy:

The CD is scheduled for an April 13th release in Europe and is expected to be released soon in North America.

You can pre-order the CD via this LINK.

Thanks to Eric Hansen from Power Windows for the news.

Forty years after its release, Rush's seminal album Moving Pictures has just been certified as a 5X Platinum seller by the Recording Industry Association of America (RIAA). 5X denotes sales of over 5 million units within the U.S. Moving Pictures last received a certification of 4X from the RIAA over 26 years ago; on January 27th, 1995. Of Rush's collection of studio albums, only 2112 comes close to the success of Moving Pictures with an RIAA certification of 3X Platinum. In fact all of Rush's studio albums from the 20th century have achieved an RIAA certification of at least a Gold standing (sales of 500,000 units). Sadly, the band's last three studio albums - Vapor Trails, Snakes & Arrows, and Clockwork Angels all failed to reach that Gold certification plateau. You can see a complete listing of all of Rush's certifications from the RIAA, Music Canada, and the British Recorded Music Industry (BPI) at this LINK . Congratulations to Ru
Read more 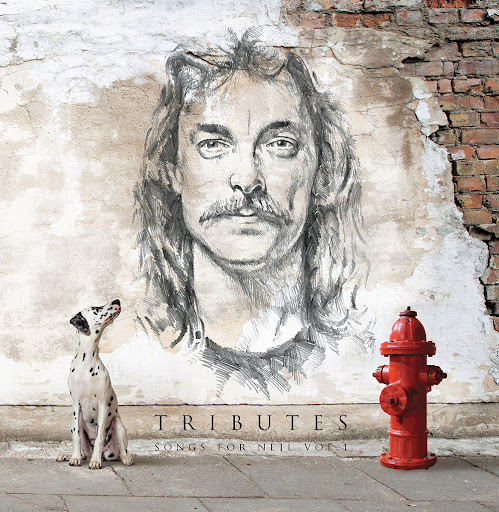 Over the years, numerous artists have released Rush tribute albums focusing on various time periods of the band's career. From straight-up tributes like 1996's Working Man to the moving Royal Philharmonics Orchestra Plays the Music of Rush or the eyebrow-raising Music Box Tribute to Rush , the variety of tribute albums is certainly not lacking. After the tragic passing of Neil Peart last January, the folks at RushFest Scotland set out to produce a new Rush tribute album that would celebrate the life of Rush's famed 'Professor'. The result is TRIBUTES: Songs for Neil Volume I , an album of 14 Rush songs covered by bands from around the world — including Jacob Moon (Canada), Fleesh (Brazil), Moving Pictures (Scotland) and many more. With support from Terry Brown and Hugh Syme, among others, the album comes in an impressive package and is available as a Digital Download, CD, or Red Vinyl LP (first eight songs only). Complete details of the album including l
Read more

It was back in February of 2017 when we first announced the new book From Cradle to Stage: Stories from the Mothers Who Rocked and Raised Rock Stars . Written by Virginia Hanlon Grohl, mother of Foo Fighters' front-man Dave Grohl, the book featured a chapter on Geddy Lee and his mother, Mary Weinrib. Word has now come from the streaming service Paramount+ that the book has spawned a new docu-series which is to be co-hosted by Dave and Virginia Grohl. A trailer for the series has just been released (see below or click HERE ). According to details from Paramount+, the first episode is scheduled to air on May 6 and will feature Imagine Dragons frontman Dan Reynolds and his mother Christine. The episode featuring Geddy and his mom is set to air on June 10th. Other featured rock stars and their moms include Pharrell and Dr. Carolyn Williams on May 13, Miranda and Bev Lambert on May 20, Brandi and Teresa Carlile on May 27, and Tom and Mary Morello on June 3. For tho
Read more

Update (09/10/2012): As expected, Rush made a few changes to the set list last night in their second concert on the Clockwork Angels tour. To see the changes, which apparently will alternate back and forth for each show, click HERE . Update (09/09/2012): My photo album from the show, which includes over 400 pictures from the 3rd row, is now online. Check it out HERE . Update (11:45pm EST): Well, the concert is over and it was fantastic. I hope everyone enjoyed the streaming of the set list. I also took several hundred photos which will be online sometime tomorrow. I tried to post them to this news stream, but obviously something went awry. Thanks everyone! Update (2:00pm EST): We have arrived in Manchester! It's been 433 days since Rush last took the stage, closing out their 2010-2011 Time Machine Tour last July at The Gorge outside of Seattle, Washington. Tonight, the band returns to open up their Clockwork Angels World Tour at the Verizon Wireless Arena in Manchest
Read more 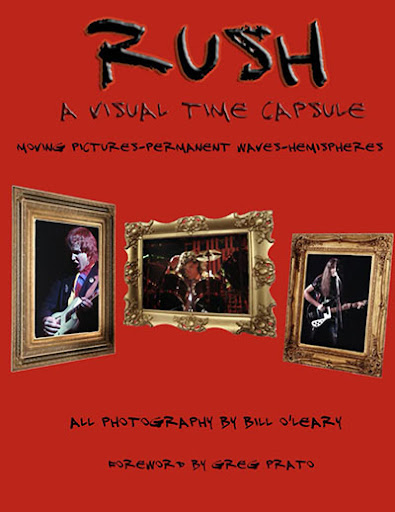 During his career, photographer Bill O'Leary took pictures of some of rock's biggest names at the peak of their powers including, of course, Rush. It was last March when we first reported the release of his first book Timeless Concert Images: And 40 Years of Rock Concert Experiences which included over 175 full color, live concert images photographed primarily from the late 1970's thru the 1990's. Now, Bill is back with his fourth book; Rush: A Visual Time Capsule: Moving Pictures-Permanent Waves-Hemispheres . From the Amazon Listing: Photographer Bill O’Leary is back with his fourth photo book overall, ‘RUSH - A Visual Time Capsule: Moving Pictures-Permanent Waves-Hemispheres.’ Featuring images – many previously unseen – of the trio in concert from what many consider their peak artistic period (1979-1981), the book perfectly captures the visual aspect of this era of Rush, in which they stormed the charts and headlined arenas throughout the world. The book al
Read more