Update (09/10/2012): As expected, Rush made a few changes to the set list last night in their second concert on the Clockwork Angels tour. To see the changes, which apparently will alternate back and forth for each show, click HERE. Update (09/09/2012): My photo album from the show, which includes over 400 pictures from the 3rd row, is now online. Check it out HERE. Update (11:45pm EST): Well, the concert is over and it was fantastic. I hope everyone enjoyed the streaming of the set list. I also took several hundred photos which will be online sometime tomorrow. I tried to post them to this news stream, but obviously something went awry. Thanks everyone! Update (2:00pm EST): We have arrived in Manchester! It's been 433 days since Rush last took the stage, closing out their 2010-2011 Time Machine Tour last July at The Gorge outside of Seattle, Washington. Tonight, the band returns to open up their Clockwork Angels World Tour at the Verizon Wireless Arena in Manchester, New Hampshire.

The tour, currently set to encompass 34 dates during 2012, will hit spots around the U.S. and Canada. After an extended break, Rush will resume the tour in May of 2013 to play across Europe for 10 dates. More concert dates have been promised from the band, but will likely not be announced until the end of the 2012 leg. For a complete tour date listing, click HERE.

Excitement and debate has been raging in the online Rush community over the set list for the tour. Rush's announcement that they'll be touring with a string ensemble, a first for the band, only further whet the appetite of fans and fueled the speculation about the potential for old songs to reappear - or make their debut - under the live setting.

As I will personally be in attendance at the tour opener in Manchester, I plan on posting the set list, LIVE as it happens on this page. I will also be posting pictures and pre-concert news right here as the day progresses (technological snafus not withstanding). So stay tuned to this page for updates throughout the day.

And for those who are also going to the show tonight, have a great time!
Click HERE for the Clockwork Angels Set List

Neil Peart: An Introduction to His Drumming Style Coming this January 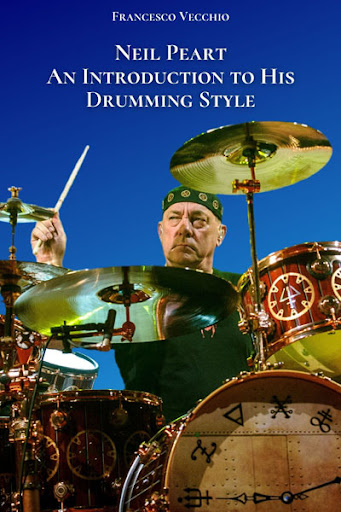 A new book that focuses on Neil Peart's drumming styles from his early years with Rush is set to be released this January. Aptly titled Neil Peart: An Introduction to His Drumming Style , the book was written by Italian drummer, percussionist, composer and music producer Francesco Vecchio. From the book's listing: The conception of “Neil Peart: An Introduction to His Drumming Style” comes from the transcription and study of one of his most remarkable works: “Cygnus X-1 Book II: Hemispheres,” which is the first track on the sixth album Hemispheres (1978) by Rush, where Neil also wrote the lyrics. The rhythmic ideas and grooves inspired me to write an entire book about Neil Peart, his life, musical influences and style. Neil Peart’s biography, his drum influences, an interview, a photo gallery and the history of the album are included to introduce the complete drum sheet music of the song, written and notated entirely note-per-note. The main grooves and fills, played during
Read more